WHAT TO DO IN HOI AN 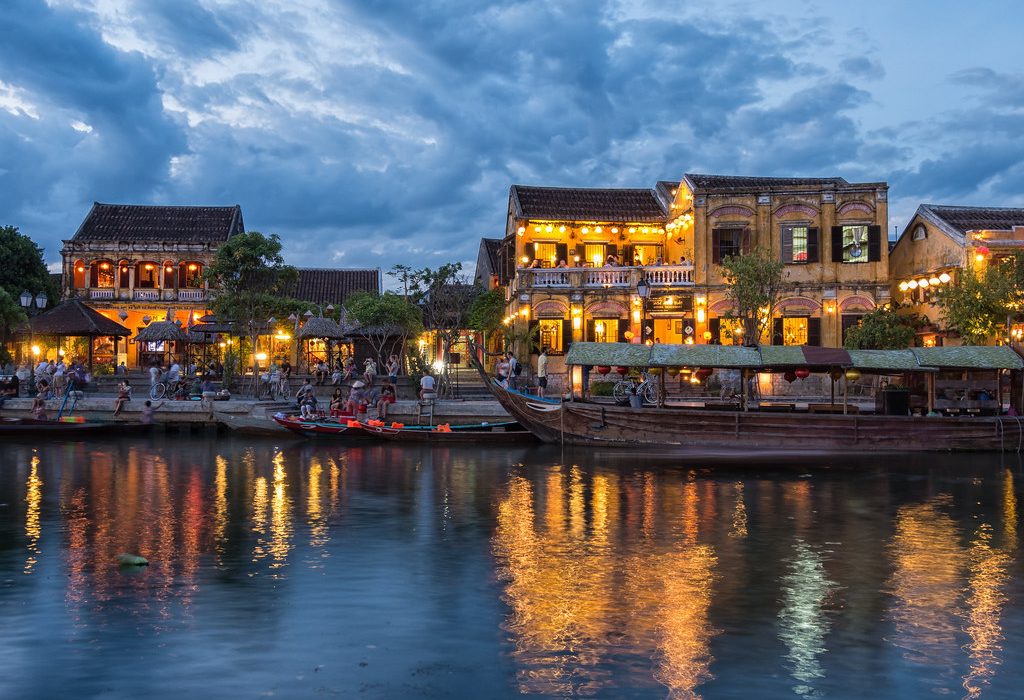 Hoi An city is famous for the beauty of traditional architecture, the harmony of houses, walls and roads. Along with the ups and downs of the history, Hoi An ancient town still retains the features of ancient and mossy style in each tile roof, brick, and tree as the idyllic character, and the essence of the local people.

Hoi An is an ancient town which is located downstream of Thu Bon River, delta area of Quang Nam province Vietnam, about 30km from Da Nang City in southern direction. Thanks to its favorable location, Hoi An was a thriving and prominent international commercial port. From the late 19th century, due to the many unfavorable factors, Hoi An degraded and finally lost the bustle, transfer its role to Danang mechanical port. But so, Hoi An was protected from distortion of a latter-day town under the influence of modern urbanization to become an ancient town with unique and great architectural characteristic.

Streets in the Hoi An ancient town are laid out along the chessboard with short and beautiful appearances, winding and embracing the houses. Hoi An’s architectural relics are very rich and beautiful, so this place has always attracted both domestic and foreign tourists to visit. Traveling to Hoi An, tourists will realize that time seems to have stopped here in each roof covered with yin-yang moss, old gray wall tiles, preserved from ancient and survived to this day. Hoi An, the ancient beauty conquers the heart of tourists when referring to Vietnam. Let’s come to Hoi An and find out its specialties that mask the unique beauty. The photogenic Fujian (Phuc Kien) assembly hall was created as a place in which residents from Fujian in China could meet up and socialise whilst living or visiting Hoi An. Built around 1690 with the main gate added much later, the assembly hall is also a World Cultural Heritage site and is much visited today by those seeking a glimpse of this superb piece of architecture. The inside of the assembly hall contains the Jinshang Mountain temple, a temple which is dedicated to Thien Hau, the goddess of the sea and caretaker of sailors, featuring altars adorned with delicately dragons. The Old House of Phung Hung was established in the year 1780. The building is two storied. Here you can see a unique blending of two different architectural styles. The different floors are designed in two different styles. The Japanese style of four-sided roof can be perceived in the ground floor. On the other hand you will see a round shaped roof that reflects a turtle shell in the upper floor. You will also find various handicrafts that reflect the tradition and culture of Vietnam. Right from the gate, the architecture of the building has been outstanding, attracting visitors. Have a look at the dragon, the unicorn decorated on the roof, and the carved sculptures on the column. Travel to the old town, in addition to other famous places, remember to visit the Quang Dong Assembly Hall with more than 100 years of existence to be able to firstly explore traditional Chinese traditions, admire the unique architecture of this assembly hall. The house’s owners hope this God will always bring luck to them and help them travel smoothly on the sea. Formerly, people often went to the house at night to pray because they thought that all their wishes would come true. The most outstanding features of the house are a sophisticatedly carved wooden frame, decorative designs, beautiful wooden patterns and embossed patterns made of porcelain pieces.